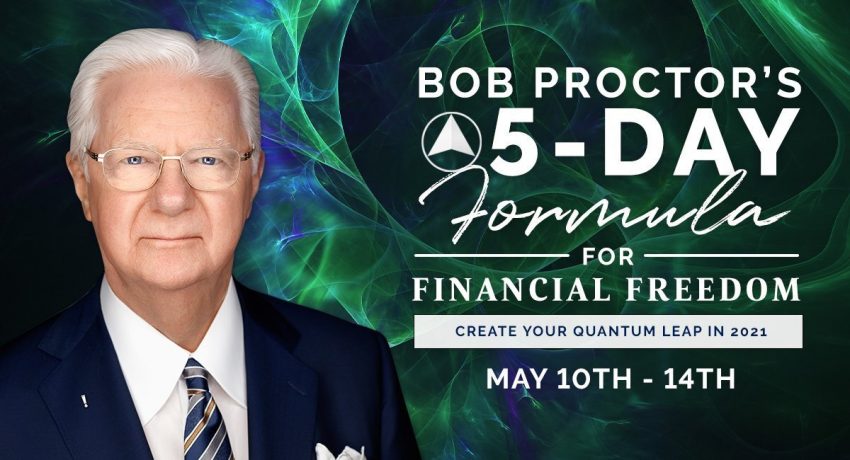 This may be difficult to fathom, but think about this for a moment…

Three percent of the world population earns approximately 97 percent of all income.

So, if the total income was $100 and there were 100 people around the world working for their piece of the pie, $97 would go to three of those people. The remaining $3 would be divvied up between the other 97 people.

Why is it that such an enormously high percentage of working adults around the world share just a sliver the pie?

The answer is simple…

We are creatures of habit

Most of us have been conditioned to compare ourselves to the people around us. Unfortunately, that can cause us to want to fit in, to be average.

So, we view our lifestyle as being within a range of what’s comfortable and comparable to our friends, neighbors, parents and siblings.

But there’s a problem with doing that.

When we compare ourselves to others—or to what we’ve done in the past, we are limiting ourselves. Instead of creating an idea in our mind of what is possible, we think only about what is obtainable.

So we end up setting goals (financial and otherwise) that are safe. Goals that will put us just a little ahead of where we are now.

A good example would be looking at your bank account and income statements of what you earned last year and then setting a goal to earn 5 or 10 percent more. Even though you may have to stretch a little to get there, it’s an amount you think can earn with a little effort.

The problem isn’t that you can’t meet that goal; it’s that you know or think you can!

See, you won’t get wealthy by inching your way there. You get there by going after big financial goals. Goals that excite you and make you feel good every time you think of them. That’s what will propel you forward and allow you to multiply your income rather than receive incremental increases.

Are you too busy working to be rich?

There are two kinds of income—active and passive.

Active income refers to income you receive from performing a service, such as working for a paycheck.

Passive income is cash flow received on a regular basis, requiring minimal effort for you to maintain it.

Most working people (approximately 96 percent) think having a job is the most important thing they can do to create wealth. This antiquated idea trips up more would be millionaires than almost anything else.

Getting a job and trading your time for money may seem like a good idea. However, when you recognize that time is your only non-renewable resource, you’ll see that it’s counterproductive to trade your most valuable commodity for a set amount of money.

If you have a job, you get paid only while you’re working. If that’s your only source of income, it’s going to be very difficult, if not impossible, to attain true wealth.

However, if you add passive revenue streams to your income, you’ll be able to it will allow you to make money around the clock, leveraging your time to its fullest advantage.

If you plant a seed, doesn’t it grow even if you’re not there? Doesn’t the river flow when you aren’t looking?

Money has the same ability.

Prosperity is available to anyone who chooses it

Creating Multiple Sources of Income (MSI) will permit you to multiply your present income by providing service beyond what you are presently providing at your primary source of income.

MSI is a concept that has been adopted by almost all very wealthy people. It is income from multiple sources, not multiple jobs.

MSI is a way of adding a new dimension of excitement and fun to your everyday life, while you are becoming very wealthy and creating your own economy.

An MSI is an idea that you are in harmony with. The compensation you receive from each MSI could be minimal, or it could be millions of dollars per year.

There are countless ways to earn a million dollars. I recommend you choose several that you love, like, want to do, that you have confidence in, and that reward you financially, psychically and emotionally.

Your mission is to become financially free by earning millions of dollars yearly from multiple sources of income.

This is income beyond your current job, vocation, career or livelihood. It could be a vertical or horizontal market extension of what you do, a brokerage, selling information or something else, finding something, or getting paid in 101 different, new and exciting ways.

It takes only ONE BIG IDEA, well executed, to harvest a cool million dollars. However, it’s important to remember that you don’t have to hit the ball out of the park on the first swing.

This isn’t all or nothing. If your first attempt only generates a few hundred dollars a month, that’s a significant step in the right direction. It doesn’t mean that it’s all you can do or the best you can do—it’s just the first step.

Just create the picture in your mind of how you will live when you reach your income objective and understand that the creative process has begun.

Whether you feel comfortable with or believe that you can become financially free is not important at this point in the creative process. By constantly visualizing that picture, it will eventually become a desire and provide the necessary motivation for you to discipline yourself in forming new habits.

To more and better,
Sandy Gallagher